Kola Mining and Metallurgical Company, JSC Kola GMK, is a subsidiary of PJSC Nornickel. It is the company’s nickel refining hub and a leading industrial facility in the Murmansk Region. This area is located in the Kola Peninsula, almost completely in the north of the Artic Circle.

Due to the firm’s works, the metal gets corroded very fast in their installations. But in addition, the really harsh environment in the region makes even more difficult to maintain the facilities in a proper way. -40°C can be reached depending on the month. Therefore, their current coating materials do not work well enough and they often need to ask for reparations.

In this context, Wolftank Adisa visited JSC Kola GMK in November 2020. The team presented Wolftank’s corrosion protection lining and spill response products, receiving a good feedback. In fact, there was a high demand in corrosion protection for outside surfaces of the dark oil products tanks and discharge racks and loading facility.

After considering, and once the health crisis improved, the Russian company decided to test for one month three metal plates samples covered with Wolftank Adisa finest coating materials. Therefore, from 30 May to 30 June, three plate samples of Adapox® DSF, Etoplate® and Epoflex® 590 were tested in Monchegorsk City.

The main purpose of the technical testing was a visual assessment of the product quality and the determination of the potential for its further use at the Kola GMK enterprise. Future plans would include a pilot testing and further industrial applications.

The steel plate had a size of 30×30 cm. It was coated with the product with a dry film of 4 mm thickness. The team previously cleaned and prepared the steel plate according to ISO SA 2.5. 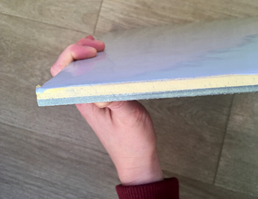 The first coat is Adapox® DSF (yellow). The second coat (light grey) is Adaflex 109. The, the team placed the sample in the customer’s area. Exactly in the place of the intended application, on external structures subject to severe atmospheric corrosion.

One month later the Russian company visually checked the sample:

In this case, the steel plate had a size of 15×7 cm. It was coated with the product with a dry film of 0.3 mm thickness. As usual, previously, the team cleaned and prepared the surface according to ISO SA 2.5. The first coat is Etokat Activ Primer (red), the second coat (light grey) is Etoplate®. The team placed the sample in the customer’s area. In the place of the intended application, on the outer surfaces of the storage tank. 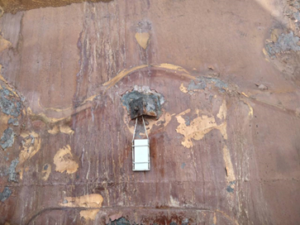 One month later, the customer visually checked the sample.

Finally, in the third test, the steel plate had a size of 30×20 cm. It was coated with the product with a dry film of 1.5 mm thickness. The team cleaned and prepared the steel surface according to ISO SA 2.5. 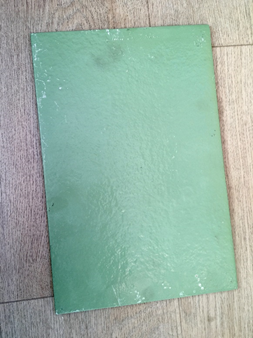 The Epoflex® 590 layer was applied (light green). In this case, the team placed the sample inside the tank with dark oil product. 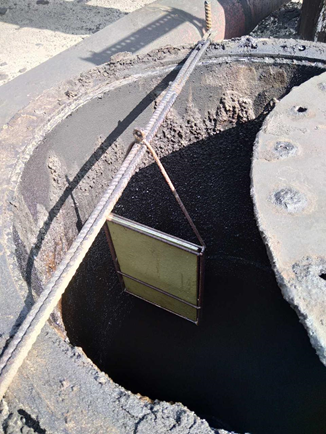 One month later, the customer visually checked the sample:

In conclusion, tests show that Wolftank Adisa coatings perform with high quality and that they have excellent anti-corrosive properties. Even in harsh environments, they are an exceptional solution to protect tanks and steelwork of loading facility. While providing durability to customer’s facilities!

A complete equipment for an underground tank lining project has been recently shipped to Wolftank’s partner Smartflow Technologies. The Nigerian company will use it in

Wolftank Adisa will be attending PetroForumfocus APAC 2021. Markus Lechthaler, Managing Director, will be representing the company in the 1:1 meetings.

DOPA® 6N is officially authorised for application in Israel

The DOPA® 6N, Wolftank’s double wall tank lining with vacuum monitoring technology, has been authorised for its application in Israel by the Ministry of the

This website uses cookies to improve your experience while you navigate through the website. Out of these cookies, the cookies that are categorized as necessary are stored on your browser as they are essential for the working of basic functionalities of the website. We also use third-party cookies that help us analyze and understand how you use this website. These cookies will be stored in your browser only with your consent. You also have the option to opt-out of these cookies. But opting out of some of these cookies may have an effect on your browsing experience.
Necessary Always Enabled
Necessary cookies are absolutely essential for the website to function properly. This category only includes cookies that ensures basic functionalities and security features of the website. These cookies do not store any personal information.
Non-necessary
Any cookies that may not be particularly necessary for the website to function and is used specifically to collect user personal data via analytics, ads, other embedded contents are termed as non-necessary cookies. It is mandatory to procure user consent prior to running these cookies on your website.
SAVE & ACCEPT